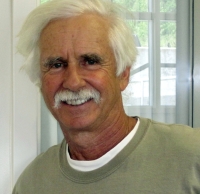 “Few animals are as sacred and iconic to Puget Sound residents as orca, or in more dire straits.” David B. Williams, Homewaters

Free Willy taught the world what we in the PNW already knew: orcas are amazing and shouldn't be held captive. The Cove horrified us at the slaughter of dolphins and the capture of others for the marine circus/slave trade. Blackfish enraged us at Tilikum's treatment in captivity. And Tahlequah's 17 day tour of grief bearing her dead calf alerted the world to how intelligent and compassionate orcas are.

Beyond The Human Realm – winner of the 2021 National Indie Excellence Award for Animal Fiction -- brings all those incidents and concepts together and into focus.

Beyond the Human Realm: A Novel

Persecuted as pests then captured for display in marine parks, orca families have been decimated by humanity’s greed and folly. Their food supply has been wiped out, and their infants die from starvation and tainted mother’s milk.

Makai—a captive male orca with a justified hatred of humans—is saved from euthanasia and destined for freedom. But a human-caused tragedy strikes, upending Makai’s world. He plots revenge, acceptance into orca society, and a reversal of his adopted family’s decline. Success hinges on the help of fellow orcas, whale researchers, and a runaway Native teenager with Orca Clan roots.

Profits from the sale of Beyond the Human Realm will be donated to orca conservation efforts. Visit
https://www.amazon.com/dp/1643886592/
Read More

Persecuted as pests then captured for display in marine parks, orca families have been decimated by humanity’s greed and folly, their food supply wiped out, their infants dying from starvation and tainted mother’s milk.

Captive male orca Makai is saved from euthanasia and destined for freedom. But a human-caused tragedy upends Makai’s world. Plotting revenge, acceptance into orca society, and a reversal of his adopted family’s decline, his success hinges on the help of fellow orcas, whale researchers, and a runaway Native teenager with Orca Clan roots.

Profits from the sale of Beyond the Human Realm – a finalist in two international literary fiction contests -- will be donated to orca conservation efforts.

Do sharks lay eggs or give birth to live young? Do sharks sleep? How long do they live? How likely are shark attacks? This book answers your questions about some of nature’s most misunderstood animals.

Answering every conceivable question about sharks, authors Gene Helfman and George H. Burgess describe the fascinating biology, behavior, diversity (there are more than 1,000 species worldwide), and cultural importance of sharks, their close relationship to skates and rays, and their critical role in healthy ecosystems.

Helfman and Burgess take readers on a round-the-world tour of shark habitats, which include oceans as well as lakes and even rivers (as far up the Mississippi as St. Louis). They describe huge, ferocious predators like (Great) White and Tiger sharks and species such as Basking and Whale sharks that feed on microscopic prey yet can grow to lengths of more than 40 feet. The mysterious and powerful Greenland shark, the authors explain, reaches a weight of 2,200 pounds on a diet of seal flesh. Small (less than 2-foot long) Cookiecutter sharks attack other sharks and even take a chunk out of the occasional swimmer.

Despite our natural fascination with sharks, we have become their worst enemy. Many shark species are in serious decline and a number are threatened with extinction as a result of overfishing and persecution. Sharks: The Animal Answer Guide presents a perfect mix of current science, history, anthropology, intriguing facts, and gripping photographs. Whether your fascination with sharks stems from fear or curiosity, your knowledge of these animals will improve immensely when you consult this book.

One fish, two fish, red fish, nearly thirty thousand species of fish―or fishes, as they are properly called when speaking of multiple species. This is but one of many things the authors of this fascinatingly informative book reveal in answering common and not-so-common questions about this ubiquitous group of animals.

Fishes range in size from tiny gobies to the massive Ocean Sunfish, which weighs thousands of pounds. They live in just about every body of water on the planet. Ichthyologists Gene Helfman and Bruce Collette provide accurate, entertaining, and sometimes surprising answers to over 100 questions about these water dwellers, such as "How many kinds of fishes are there?" "Can fishes breathe air?" "How smart are fishes?" and "Do fishes feel pain?" They explain how bony fishes evolved, the relationship between them and sharks, and why there is so much color variation among species. Along the way we also learn about the Devils Hole Pupfish, which has the smallest range of any vertebrate in the world; Lota lota, the only freshwater fish to spawn under ice; the Candiru, a pencil-thin Amazonian catfish that lodges itself in a very personal place on male bathers and must be removed surgically; and many other curiosities.

With more than 100 photographs―including two full-color photo galleries―and the most up-to-date facts on the world's fishes from two premier experts, this fun book is the perfect bait for any curious naturalist, angler, or aquarist.

**Beyond the Human Realm general information

“Few animals are as sacred and iconic to Puget Sound residents as orca, or in more dire straits.” David B. Williams, Homewaters
Read More

Here you should enter a short description of this product. The information entered here will display on the product catalog page and the top of the product detail page.
Read More

Fish Conservation offers, for the first time in a single volume, a readable reference with a global approach to marine and freshwater fish diversity and fishery resource issues. Gene Helfman brings together available knowledge on the decline and restoration of freshwater and marine fishes, providing ecologically sound answers to biodiversity declines as well as to fishery management problems at the subsistence, recreational, and commercial levels. Written in an engaging and accessible style, the book:
considers the value of preserving aquatic biodiversity
offers an overview of imperiled fishes on a taxonomic and geographic basis
presents a synthesis of common characteristics of imperiled fishes and their habitats
details anthropogenic causes of decline
examines human exploitation issues
addresses ethical questions surrounding exploitation of fishes
The final chapter integrates topics and evaluates prospects for arresting declines, emphasizing the application of evolutionary and ecological principles in light of projected trends. Throughout, Helfman provides examples, explores case studies, and synthesizes available information from a broad taxonomic, habitat, and geographic range.

Fish Conservation summarizes the current state of knowledge about the degradation and restoration of diversity among fishes and the productivity of fishery resources, pointing out areas where progress has been made and where more needs to be done. Solutions focus on the application of ecological knowledge to solving practical problems, recognizing that effective biodiversity conservation depends on meeting human needs through management that focuses on long term sustainability and an ecosystem perspective.
Read More
Created with Pub Site
Created with Pub Site