Gene Helfman is an animal behaviorist turned conservation biologist. With a PhD in Ecology from Cornell University, Gene was on the faculty of the University of Georgia for thirty years, authoring four books on fish and marine conservation and dozens of related scientific papers. He spent much of his professional career underwater demonstrating that fish are smarter than conventionally thought. In an effort to get the message to a larger audience, he has turned to writing screenplays and novels, on the premise that more people read fiction than non-fiction. Gene and his wife Dr. Judy Meyer, an aquatic ecologist, live on Lopez Island in Washington State. 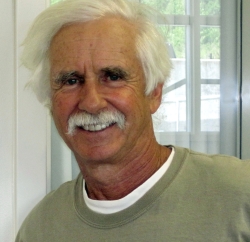 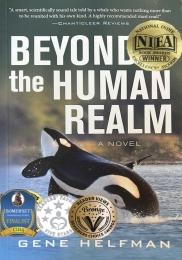 Beyond the Human Realm: A Novel
Time is running out for the iconic killer whales of the Pacific coast.

Persecuted as pests then captured for display in marine parks, orca families have been decimated by humanity’s greed and folly. Their food supply has been wiped out, and their infants die from starvation and tainted mother’s milk.

Makai—a captive male orca with a justified hatred of humans—is saved from euthanasia and destined for freedom. But a human-caused tragedy strikes, upending Makai’s world. He plots revenge, acceptance into orca society, and a reversal of his adopted family’s decline. Success hinges on the help of fellow orcas, whale researchers, and a runaway Native teenager with Orca Clan roots.

Profits from the sale of Beyond the Human Realm will be donated to orca conservation efforts. Visit
https://www.amazon.com/dp/1643886592/ 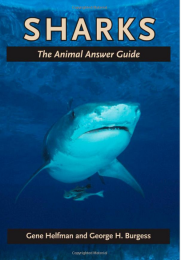 Do sharks lay eggs or give birth to live young? Do sharks sleep? How long do they live? How likely are shark attacks? This book answers your questions about some of nature’s most misunderstood animals.

Answering every conceivable question about sharks, authors Gene Helfman and George H. Burgess describe the fascinating biology, behavior, diversity (there are more than 1,000 species worldwide), and cultural importance of sharks, their close relationship to skates and rays, and their critical role in healthy ecosystems.

Helfman and Burgess take readers on a round-the-world tour of shark habitats, which include oceans as well as lakes and even rivers (as far up the Mississippi as St. Louis). They describe huge, ferocious predators like (Great) White and Tiger sharks and species such as Basking and Whale sharks that feed on microscopic prey yet can grow to lengths of more than 40 feet. The mysterious and powerful Greenland shark, the authors explain, reaches a weight of 2,200 pounds on a diet of seal flesh. Small (less than 2-foot long) Cookiecutter sharks attack other sharks and even take a chunk out of the occasional swimmer.

Despite our natural fascination with sharks, we have become their worst enemy. Many shark species are in serious decline and a number are threatened with extinction as a result of overfishing and persecution. Sharks: The Animal Answer Guide presents a perfect mix of current science, history, anthropology, intriguing facts, and gripping photographs. Whether your fascination with sharks stems from fear or curiosity, your knowledge of these animals will improve immensely when you consult this book.